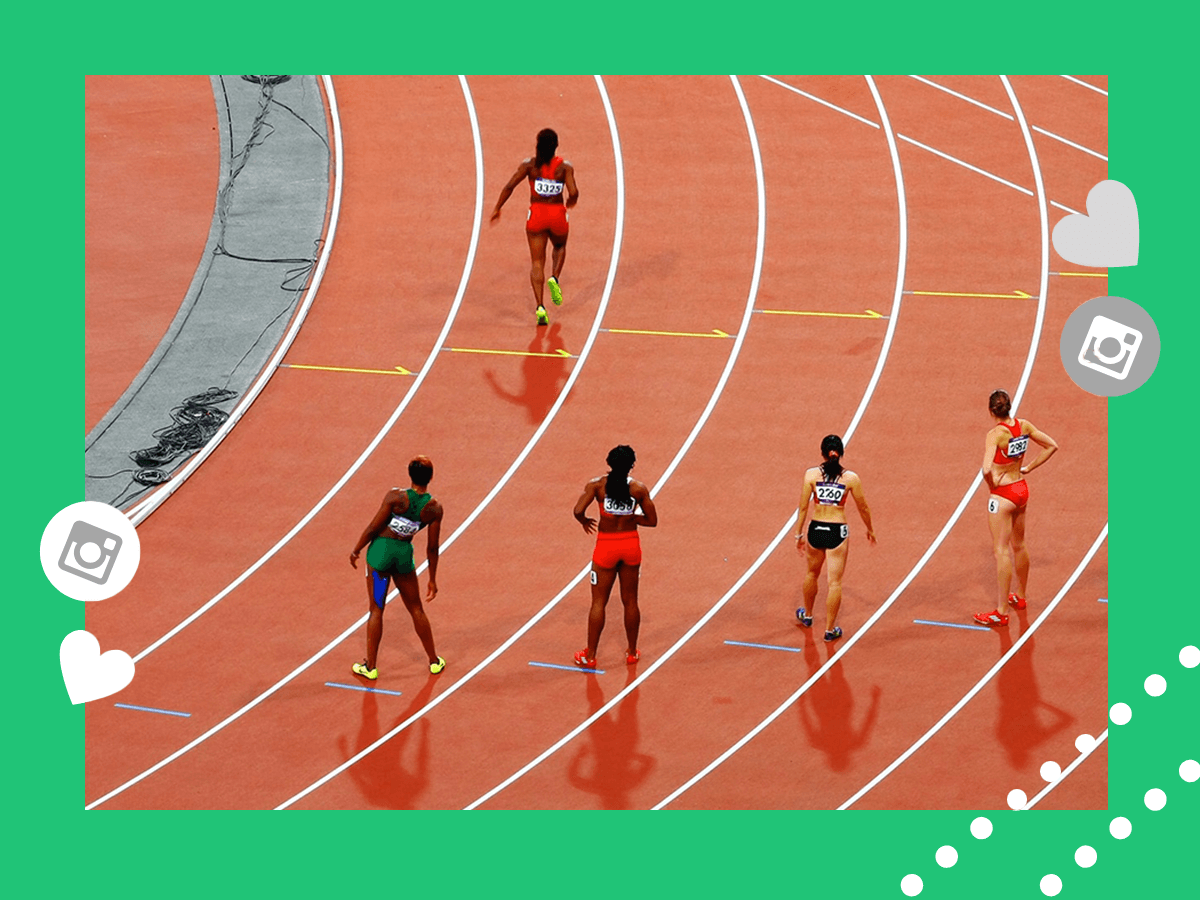 The sports industry has long offered endorsements to celebrity athletes, and with the rise of influencer marketing, those collaboration deals are now also offered to sports personalities that are also Instagram influencers.

By now you know that micro influencers are some of the most valuable players on the influencer marketing scene. Heepsy wanted to take a look at how these rising stars fit into the sports industry in particular. We conducted a survey with a sample of athletes about how they handle their roles as influencers and what benefits they get from their social media presence.

Heepsy conducted a survey with some athletes about how they handle their roles as an influencer. Here’s a brief introduction to our participants. Most of these athletes come from Spain, where Heepsy is based. They all have between 7.3K and 27.3K followers on Instagram, putting them in the micro influencer tier.

Artemi Gavezou-Castro and Sandra Aguilar Navarro are rhythmic gymnasts who both competed with the Spanish team to take home silver medals at the 2016 Rio Olympics.

Isa Macias is a Spanish champion in middle-distance running, and Maria Vasco is an Olympic bronze-winning race walker from Spain. Cecilia Santamaria and Merche Abalos, both triathletes, also answered our questions.

Javi Rico Dasi is a professional paddle-ball player, and Sara Ouzande is a canoeist for the Spanish national team. Finally, Argentine swimmer and Olympic contestant Santi Grossi, rounds out our list.

Nearly all the athletes manage their own social media profile

The same proved true for the sports micro influencers who responded to our survey. All but one said that they are the only person who manages their social profiles. The one contestant who answered differently said that social media isn’t really her thing, so her son helps her run her profiles.

One respondent also mentioned that she does have a professional website created by an outside company. But while she links to her site from her social profiles, she doesn’t get any help from the third party to manage her social networks.

When asked about how much time they spend managing their profiles, there was no clear-cut average. Answers ranged from one to a few hours a day, with several respondents saying that it also depends on the day and their other commitments. In general, most of the athletes said they prioritize responding to DMs and comments and interacting with their followers.

As an athlete micro influencer, Instagram is the most valuable social platform

All 9 of the sports micro influencers said that Instagram is the platform that has been the most beneficial to them. Some respondents mentioned that they had other social networks too, but that Instagram was the strongest, most active, interactive, or entertaining. As for the benefits that Instagram brings, one respondent cited that it’s a way for brands to make contact with her.

We also asked the sports micro influencers about which factors or events have been the most important for growing their social media profile. A few noted that their professional achievements are responsible for their growth. One respondent said she’s grown her profile with help from reposts from magazines and accounts with high follower counts.

A paid of respondents mentioned that few of the proposals are worth it, as they don’t show a commitment on the part of the brand. As the athletes seem to use their social media accounts primarily to highlight their athletic accomplishments, one-off collaborations in exchange for product might not fit in with the rest of their content.

One respondent commented that she has far fewer brand collaborations than other athletes who don’t have the same level of professional accomplishments, but who have more followers on social media. Another said she noticed a spike in collaboration proposals once she hit around 8,000 followers on Instagram. Another said she thinks the sport determines how much brands weigh an influencer’s athletic success.

Sports micro influencers are currently mostly paid in product incentive, but they hope to grow their profiles further

This reinforces what we already know about micro influencers. We can also assume that as these profiles grow their follower counts and move up through the influencer ranks, this will change to include more monetary compensation.

When asked if it’s important to amplify their social media presence and grow their follower bases, 100% said yes. Three respondents mentioned that this growth will help them earn more money in the future. Also, a few athletes mentioned they see it as a way to create their personal brand, and one even said it helps to maintain a presence outside of the relatively short competition period.

Sponsorship conditions vary depending on the sport

Several respondents said they weren’t aware of sponsorship conditions in other countries but guessed that compensation conditions could vary. And most of the athletes said they don’t see much difference between female and male athletes when it comes to proposals from brands.

What does seem to matter is the sport, especially if it’s not very well known. One athlete answered that it seems there’s a handicap for practicing a “minority sport”, as the athletes work just as hard but receive much less recognition. Another said their sport isn’t well-valued economically.

For context, in Spain, the most popular sport by a long shot is football. La Liga, the Spanish football league, is estimated to be worth €5.35 billion when considering all 20 of its clubs. It also draws fans from around the world, and its players enjoy social media follower counts in the millions.

How can micro influencers help your sports brand?

Micro influencers are valuable assets for big brands looking to make an impact in niche sports markets, and for smaller brands who may not have the investment capital to collaborate with celebrity athletes.

Our survey shows that micro influencers are interested in collaborating with brands, but they want more serious collaborations that show that the brand is committed. Their reach might not be the same as La Liga’s top footballers. But these athletes and their peers can potentially help your brand grow a more engaged following in niches like athletics or rhythmic gymnastics.

If you choose to reach out, remember to outline any guidelines you may have for campaign publications. But give influencers creative freedom when it comes to content creation. They have proven that they’re dedicated to curating their content and interacting with their followers. And they can do that best if you let them use their own voice.