How Much Do Influencers Charge? 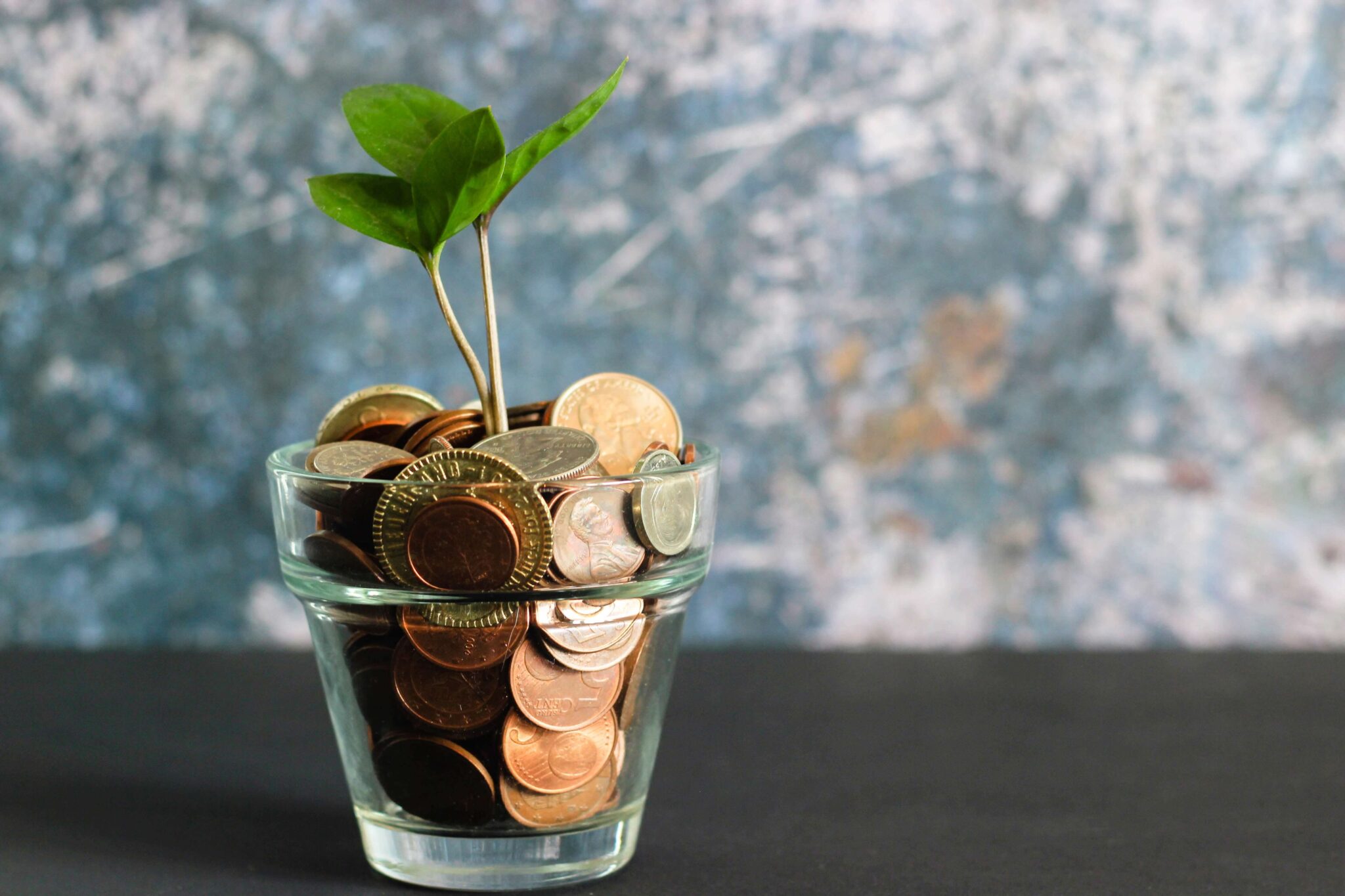 Influencer marketing is a 13.8 billion dollar industry, with brands gaining high returns on investment. More and more are taking to this strategy to meet their marketing objectives at a low cost, compared to traditional methods. But, have you been wondering exactly how much do influencers charge? Well, this depends on a whole variety of factors, so let’s take a further look.

What does it depend on?

Your first thought would no doubt be to assume that influencer rates will be determined by their number of followers, right? Well, you’re not wrong. Except the thing is, with how extensive the influencer marketing industry has become, there are now more factors than just this to take into account. We will look at them all, but first let’s start with reach.

If you’re familiar with influencer marketing, then I’m sure you’ll be aware that follower count isn’t the most important element of an influencer profile. And in fact, engagement rates will be a far better determinant for the success of a campaign.

However, the number of followers that an influencer has will definitely make a difference to the price that they charge. There is a fairly general consensus within the industry of what can be expected for each influencer group. Influencer rates by follower numbers will typically look something like this:

When it comes to follower numbers, of course the first thing to consider is your budget. If you can’t afford to work with a macro or mega influencer, then that’s that! However, if your budget extends to these groups, don’t automatically assume that they will be most effective for your campaign. You need to consider whether your goal is for maximum reach in terms of brand awareness, or if it is for real conversions.

The social media platform that you choose to market on will be an important consideration. Not just in cost, but for example thinking about your target demographic. Say you want to reach a Gen Z audience, then maybe TikTok is best. But, don’t forget that influencer rates vary across platforms.

Generally, Instagram is known for being the go-to platform for influencer marketing. You have access to almost every audience type and can reach them through different media formats, like photo or video. However, a different channel may be better suited to your brand. For example, Twitch is a platform which is used by gaming influencers and brands in this industry. Or, Twitter may give better access to an older audience, if that is who your brand targets.

Instagram gives you the biggest flexibility in terms of pricing. You have some media types like a one-off story that won’t cost you much, compared to an IGTV video or a Live, that will have you digging a bit deeper into your pockets. Working with Instagram influencers on a long term deal, or over the course of a campaign will give you the opportunity to dive into different media types, as your budget allows.

Unsurprisingly, YouTube influencers are going to expect more for their efforts, and fairly so. Creating video alone requires more effort, but creating longer form video than can be found on Instagram will require a substantially higher amount of time, effort, and resources from influencers. But, don’t rule this group out. Video content can be seen as more authentic to viewers, and can lead to more loyal and trusted customers.

YouTube influencers will charge either based on their subscribers or on their view count. A common figure in the industry is 20$ per 1000 subscribers, or per views, you might see the common range of  50$-100$ per 1000 views.

When it comes to gaming, Twitch is the social media platform to turn to. Twitch streamers can be highly reputable in their gaming expertise, and this is a great place to start when you know that you have a targeted niche audience in this area.

Influencer Marketing Hub also has a calculator, where you can work out the estimated earnings of a Twitch streamer. For example, for a streamer that is gaining 20,000 views per day on their videos, they could be charging between $28.50 and $47.50 per media, and earning as much as $855 to $1425 a month.

TikTok has been all the hype over the last year, and influencers have discovered a huge opportunity to earn on the platform. The app began the Creator Fund as a way for TikTokers to earn from their videos, with a minimum of 100,000 views. However, many TikTok creators have released information on the amount paid through the fund, being all too little to pay any bills. So, these influencers turn to brand collaborations to make their living instead.

As with any other app, influencers on TikTok will charge an amount not solely based on their number of followers, but on their engagement rate too, along with other factors that come into play. For example, the length of the sponsorship, the number of videos requested, and the content type required.

Preston Seo, a TikToker with 1.6 million followers spoke to the Business Insider, revealing that he charges around $600 per sponsored post on TikTok. Meanwhile, micro influencers tend to have negotiable price points, anywhere between around $20 to $150 per post.

Influencers know the significance of engagement and will often base their rates accordingly. A popular engagement-based formula which is used to calculate the price of an Instagram post is:

Even if an influencer is charging based on their follower count, you should always be checking out their engagement rates. Don’t assume that a small influencer that charges low prices as a result will be ineffective, because often their engagement proves the contrary.

Instagram is an extensive platform, and it’s only continuing to expand. It started off as just a photo-sharing channel, now with numerous different ways for users to interact with their followers. But of course, with all of these new media types, comes varying costs to wrap your head around.

Typically, an Instagram story would be cheaper than a post, as it disappears after 24 hours and doesn’t take as much effort as a regular post. However, you must now think about the additional features that can be added to stories. For example, by asking influencers to include the ‘swipe up’ feature in a story, this will typically incur an extra cost. Influencers could also add features such as polls or interactive content to their stories.

We think of a post as being the most generic form of Instagram content. You probably assume that the only variation in cost will be whether this is a photo or video. However, consider things like whether you would like the influencer to post a carousel of photos. Or, maybe you want them to include a link to your website in their bio which they comment on? Well, that’s another extra charge for you!

Remember the engagement formula we mentioned before? Well, a study from Aspire IQ also investigated the average costs for Instagram videos and stories too. They state that the following formulas are commonly used within the industry too:

It’s worth considering the length of time that you intend to be working with these influencers. Are you looking for someone to promote your new line as a one-off campaign? Or, are you hoping to find influencers that can bring value to your brand over a long period of time?

So, how can a long term influencer collaboration help your brand? Our blog post covers everything that you need to know! In terms of pricing, you will inevitably be paying more, seeing as you are asking for more than one promotion from the influencer. But, creating partnerships in this way can be a cost effective method in the long-run. It means that you don’t need to spend time, money, and resources on finding new influencers with every campaign.

Whilst on the topic of long-term collaborations, it makes sense to cover affiliate marketing. This has been around long before influencer marketing, but brands and influencers are now using it in their campaigns. You could ask an influencer to team up with you for more than just one campaign, and build a long-term relationship together.

But, instead of paying them per post, or by the content they post, you would be paying them by commission on sales. This form of payment can work well, as sometimes it is believed to encourage better quality content creation. At the end of the day, increasing sales is the end goal, right?

Many influencers are represented by an agency. Also, the bigger the influencer, the more likely they are to have a manager, or even a management team. According to a recent study, the average influencer managers’ salary is $87,634. These managers will be charging fees on top of the influencers rate, sometimes these are high, but sometimes negligible.

However, agency fees can be notably high. With influencer agencies, finding people to work on your campaign may be an easier process. For some brands, this is entirely worthwhile, yet if your budget is low – the fees might not be worth it.

Some brands will host a photoshoot for the influencer depending on the product or service being promoted. If you’re planning on doing this, you should work out the costs associated with whatever may be involved, such as the photographer, the space being used, a hair stylist, etc.

A common cost that you may incur is an exclusivity fee. If you want to ensure that the influencer you’re using is not going to take on a campaign with a competitor, then they may charge you a fee for this. Of course, you don’t want them to be working with your biggest competition at the same time. But remember, this means that the influencer could be losing out on potential income. Depending on the length of the exclusivity clause, prices will vary accordingly.

Influencer marketing has been growing for quite a few years, but in recent years we have been seeing the introduction of new social media platforms and the increased demand due to huge success from brand campaigns. With this being one of the biggest marketing strategies today, it’s no wonder that influencers have picked up on this and increased their prices.

Additionally, as more media types become available, such as IGTV, Reels, etc., influencers have more types of content to create. The quality of their content increases, and their availability decreases as they begin working with more brands.

Below, we can compare the average cost of paid post per platform, between 2014 and 2019.

So, how much do influencers charge? Well, as you can see, the nature of the influencer marketing industry means that there is no set price that can be placed on this strategy. Considering all of the above factors, your campaign may not only look entirely different to another’s, but will cost a completely different amount too. Whilst every brand and campaign are different, so is every influencer and their rates.

What’s important to remember is that the key basis on which your decisions lie, is the goal of your brand and the objectives of this campaign. If your main goal is for brand awareness and reach, then sure, you might want to spend the extra buck on an influencer with more followers. But if your goal is for sales and direct conversions, then look at influencer engagement, and remember that you don’t need to splash out.