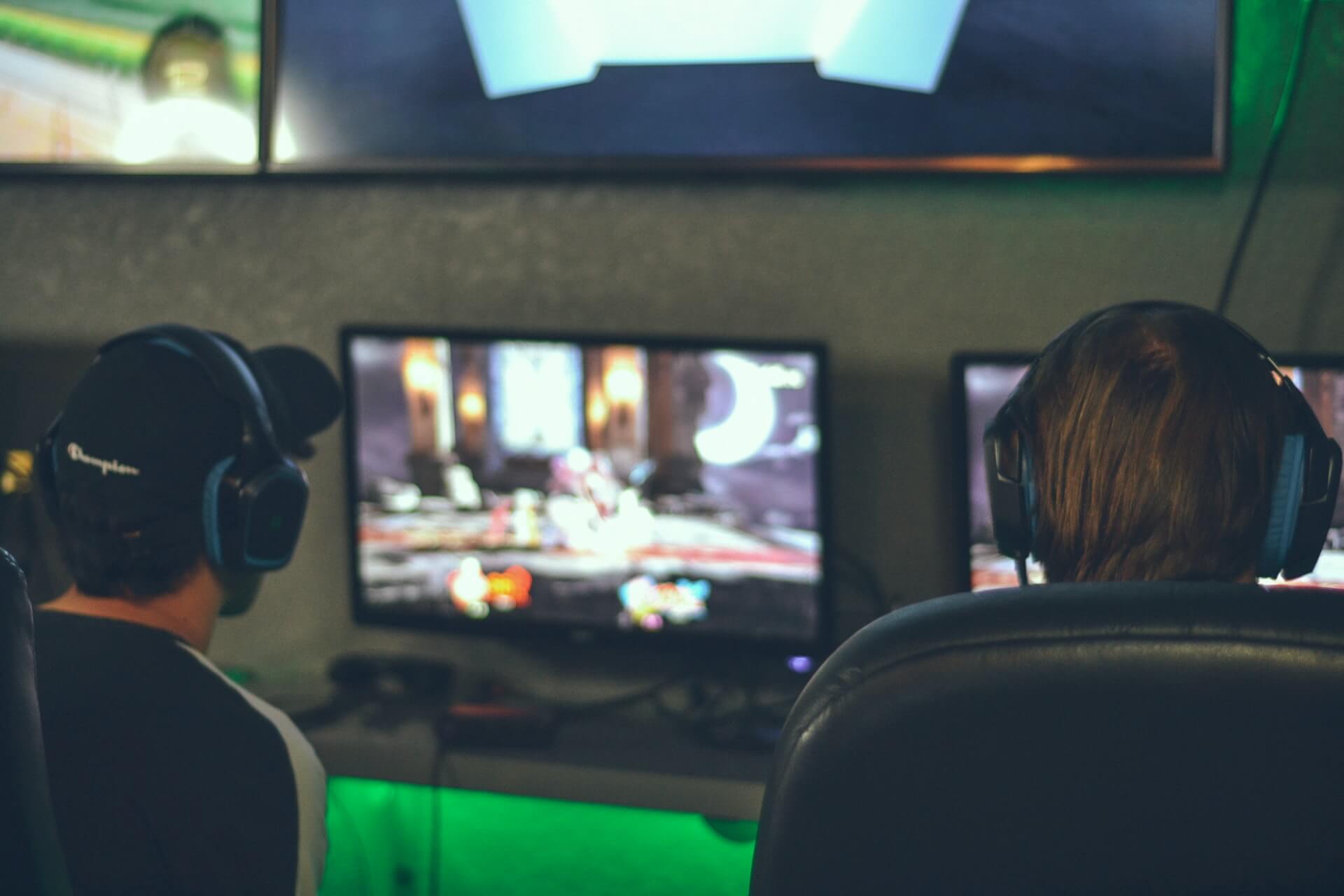 When I was a kid, I loved video games. But in the late 90s and early 2000s, there weren’t too many options for connecting to a wider gaming community.

You could strike up a conversation at your local video game store, or seek out fellow gamers on forums or AOL chat rooms. Online games, streaming platforms, and gaming influencers simply weren’t a thing yet.

But times have changed. Now, the video game industry is a completely different animal, and gaming influencers have created communities of millions of fans who rally around them.

In honor of yesterday’s National Video Game Day, let’s take a look at how video gaming intersects with social media and some of the top gaming influencers leading the way.

Revenue from video gaming content has grown steadily in the last few years. In 2020, creators generated $9.3B in revenue, with Twitch being the most popular platform for video-format gaming content.

There are various other streaming platforms out there – like Hitbox or BigoLive – that gaming influencers use. But the two biggest platforms in the industry are Twitch and Youtube Gaming.

Twitch was founded 10 years ago as a gaming streaming service. It’s grown steadily since then and now has an average 2.7-3M viewers per month.

The network works much like traditional television. Viewers can either navigate directly to their favorite channel, or channel surf streams. You can also search by category, many of which are specific games. Streams can be watched live or on-demand.

Each stream has its own chat room, in which users can interact with the streamer and each other. In addition to text, users can communicate using emotes, which are almost like a Twitch-specific language in and of themselves.

Recently, Twitch has been broadening its horizons. The platform offers content about more general-interest topics as well, like Travel or Food & Drink.

This is a drop from the previous quarter, but still an impressive amount of time. Simply put, people are hooked on gaming influencers and their streams. Also, some of the gaming industry’s most popular streamers, like PewDiePie, got their start on the platform.

Youtube works similarly to Twitch: users can browse streams, which can be live or repeated. They can communicate via chat, although Youtube uses standard emojis instead of its own platform-specific emotes.

10 gaming influencers who are winners on social media

Real name Richard Tyler Blevins, Ninja is a gaming influencer from Detroit, MI. His Twitch channel has 16.8M subscribers, and his Youtube has 24.2M.

As of June 2021, his was the most-followed Twitch channel. Some of Ninja’s popular games are the battle royale Fortnite and online RPG Final Fantasy XI.

Turner Tenney is an American gaming influencer who got famous for playing Fortnite. He has 12M subscribers on Youtube, and 10.5M on Twitch. He’s the second most-subscribed person on Twitch.

Tfue has faced some controversy throughout his time as a gaming influencer, but continues to be one of the most-subscribed streamers around. He’s recently been streaming Call of Duty and Minecraft.

El Rubius, also known as Rubén Doblas Gundersen, is a gaming influencer from Spain who currently lives in Andorra. He has the third most-subscribed Twitch channel, with 9.4M fans on the platform.

That said, Rubius got his start on Youtube, where he still has 10.5M subscribers. In addition to streaming games like Fortnite, Minecraft, and Grand Theft Auto V, Rubius sometimes makes vlogs about his life.

Michael Grzesiek is a Canadian gaming influencer who has fame for having great aim. Playing games like Fornite and Counter Strike, he amassed 9.3M followers on his Twitch channel, and 6.81M on Youtube. He’s currently the owner of the fourth most-subscribed channel on Twitch.

Valkyrae, or Rachell Hofstetter, was the most-followed female streamer on Youtube in 2020. This achievement came after Valkyrae left Twitch for an exclusive deal with Youtube in January of 2020.

One of her most popular games has been the pandemic breakout Among Us, which she played with other popular streamers. She currently has 3.48M subscribers on Youtube.

Raúl Álvarez Genes is a Spanish gaming influencer who goes by AuronPlay. Before becoming a streamer, he worked at a printing shop.

Auron now has the fifth most popular Twitch, with 9M followers. On Youtube he has 28.2M subscribers. He took his online alias from the RPG Final Fantasy X, but has recently been playing Grand Theft Auto V. Additionally, on Youtube he creates videos that offer commentary on Internet trends.

25-year-old Imane Anys hails from Canada, but online she’s more famous as Pokimane. A former chemical engineering student, Pokimane dropped out of college to pursue a career as a gaming influencer.

Her Youtube channel has 6.65M subs on Youtube, and 8M on Twitch, where she currently ranks as the sixth most-followed streamer and the most-followed female streamer on the platform. Her most popular game is League of Legends.

Our third Spaniard on the list, David Cánovas Martínez holds the title as the sixth most-followed person on Twitch. His 7.6M fans show up to watch him stream games like Fortnite, Call of Duty, Rust, and Minecraft.

On Youtube, TheGregF has 16.9M subs. He occasionally posts about topics other than gaming, like cars or football. In addition to the streaming, he’s released a few songs, and hosted a TV show in Spain called Top Gamers Academy along with El Rubius and another gaming influencer, Willyrex.

Ali Kabban, aka Myth, is next up on the list of most-followed Twitch streamers. The American gaming influencer ranks 8th, with 7.24M followers. Myth has fewer subscribers – 4.61M – on Youtube.

I’d be remiss without mentioning PewDiePie. Although he’s had many a controversial moment and hasn’t made a big impact on Twitch, he holds various Youtube records for being at some point the most-subscribed or most-viewed channel.

Gaming influencers have carved out their place in social media, and it doesn’t look like they’re going anywhere.

If you want to find more gaming influencers and analyze their profiles, check out Heepsy. We don’t have a Twitch search at the moment, but you can find Youtube influencers on our platform.