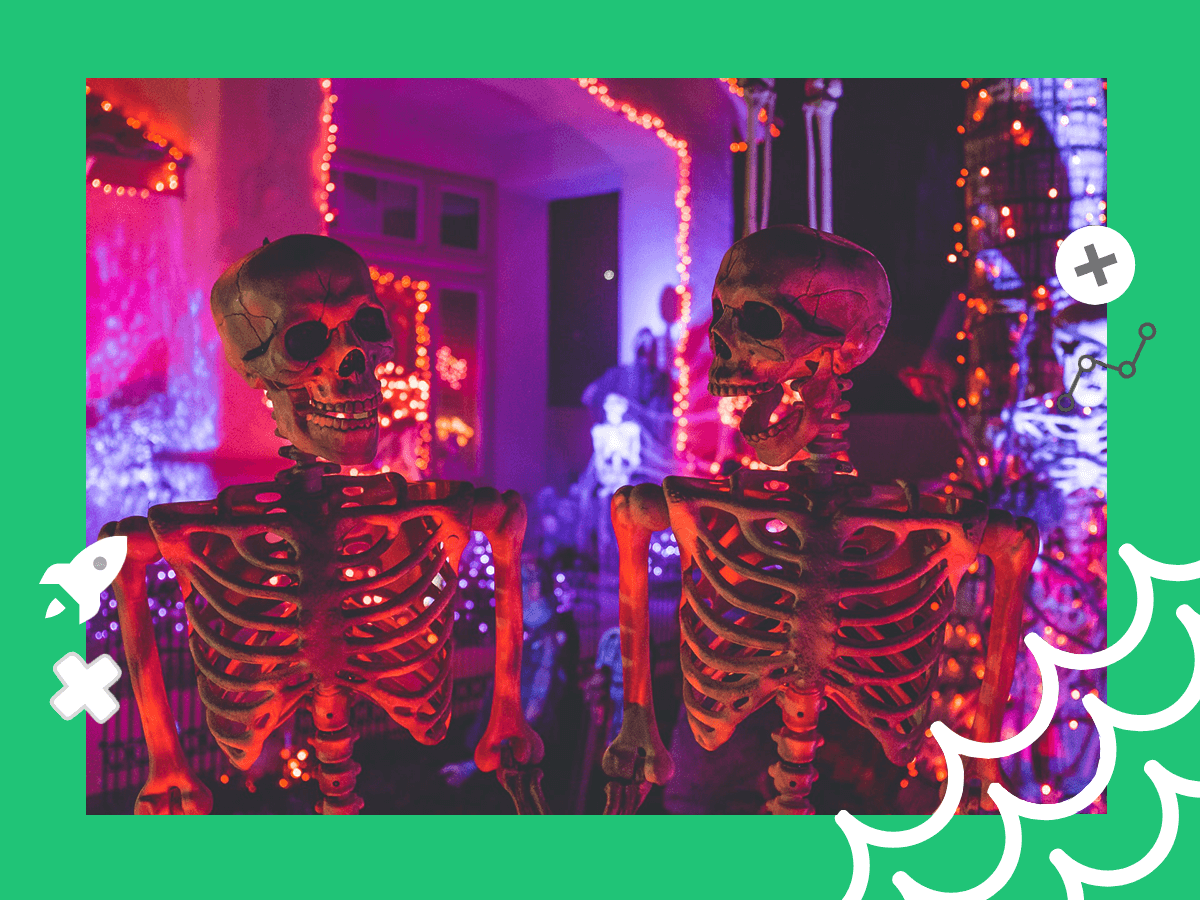 2020 may be keeping you at home for Halloween. So why not celebrate the spookiest day of the year with the best creepy Youtube channels? These Youtube influencers have taken horror to new heights. Be prepared to get spooked out, and don’t blame us for any jumps or screams!

Keep reading to find out a little bit about how Halloween came to be, and then, our list of the best creepy Youtube channels.

Although Halloween as we know it mainly took shape in the United States, the holiday’s origins are much older. Halloween really began as Samhain, a Celtic pagan festival that marked the end of the harvest season.

The Celts also believed that Samhain was the day when the veil between the realms of the living and dead was at its thinnest. They believed the dead could wander the Earth. In order to prevent spirits from entering their homes, the Celts would leave food and wine at the door. And to hide themselves from the dead, they’d wear costumes and masks.

Sound familiar? These are the foundations of modern day Halloween. When the Catholic Church arrived in Ireland, they made All Saints’ Day November 1st, and October 31st became All Hallows’ Eve. Or, Halloween. And the Samhain traditions bled into this Christian holiday.

Irish immigrants later brought these traditions with them to the US. There, Halloween took its current form. As of 2019, a consumer survey valued the industry at $8.78 billion. Though that figure is projected to fall this year, due to the Covid-19 pandemic.

Here are 10 of our favorite spooky Youtubers. They are a diverse group that come from all over the world. But they have one thing in common: they’re bound to creep you out.

Mr. Nightmare counts 5.13M subscribers among those who have watched his videos approximately 672M times. Nightmare uses emphatic narration and spooky visuals to illustrate his scary stories. Topics range from supernatural entities to disturbing true stories about a variety of everyday topics. Even stuff we generally view as the polar opposite of scary makes Nightmare’s list. Ever wondered about disturbing true Christmas stories? He has a video for it.

With 3.76M subscribers, Corpse Husband is another master of Youtube horror. His thing is scary true stories, and he takes submissions from his viewers. He has creepy videos about a wide variety of topics, both supernatural and mundane. From unexplained phenomena while camping, to strange encounters on Tinder, Corpse Husband covers it all.

Swamp Dweller is the home of all things natural and supernatural for some 193K subscribers..  Swamp Dweller uses documentary style format to serve up scary stories rooted in the nature and landscape of the United States. Some of his common topics include Native American folklore, park ranger horror stories, and tales about cryptids. Some of his videos don’t even have images, and Swamp Dweller just recites his horror tales over a black screen. His themes and minimalistic style harkens back to the days of oral lore, before people could record everything with technology.

Rob is a bit different from the other channels in that he’s more visible as a host. Rob’s channel focuses on real events, like unsolved mysteries and stories about serial killers. He also covers all things bizarre and macabre, like disturbing deep sea creatures, terrifying medical conditions or brutal ancient sports.

If you’re into creepy creatures, TEX REX is the channel for you. This Spanish Youtuber covers mythological creatures as well as real creatures that seem the things of myth. Other videos include ghost astronauts and strange archaeological finds. His 1.63M subscribers seem to enjoy his videos, so why not give him a shot?

This British Youtuber shares eerie videos about folklore from around the world. He also has different series about legendary monsters, mysterious people and spooky places. Eskify uses history and geography as launching points for his stories, which give us a view into how different cultures approach the unknown.

This Australian channel shares videos of alleged supernatural occurrences caught on tape. From photographs to TikTok videos, they break down the weird and unsettling things people have accidentally recorded. It’s unclear if the videos have been doctored or not. But it also doesn’t really matter, because 2M subscribers have gravitated toward Slapper Hand’s creepy Youtube channel.

If you’re into creepy stuff and also video games, you might like this Swiss channel of survival horror playthroughs. This is a nocommentary channel, which means viewers experience these scary games without any added reactions from the Youtuber. Games like Resident Evil, Silent Hill, The Last of Us and more provide hours of creepy fun for SHN’s 328K subscribers.

Scary Fairy Godmother is a creepy Canadian Youtube channel that stands out for a few reasons. First off, the narrator is female, while all of the other Youtubers on this list are males. Second, her channel has a very defined theme: scary fairies. Nowadays the word fairy conjures up images of Tinkerbell or Cinderella’s benevolent fairy godmother. But Scary Fairy Godmother shows you the darker side of the fairies of folklore.

Even if the only mask you’re wearing this year is a surgical mask, there are still plenty of ways to celebrate Halloween without risking your health. Whether you’re planning a socially distanced get-together, or just hanging out alone at home, we hope these creepy Youtube channels can add the appropriate dose of fear into your Halloween celebrations.

If any of these Youtubers look like they might align with your brand for a collaboration, you can find them on Heepsy. Check out our Youtube search guide if you have any doubts about how to do so.

And finally, from all of us at Heepsy: Happy Halloween! 🎃