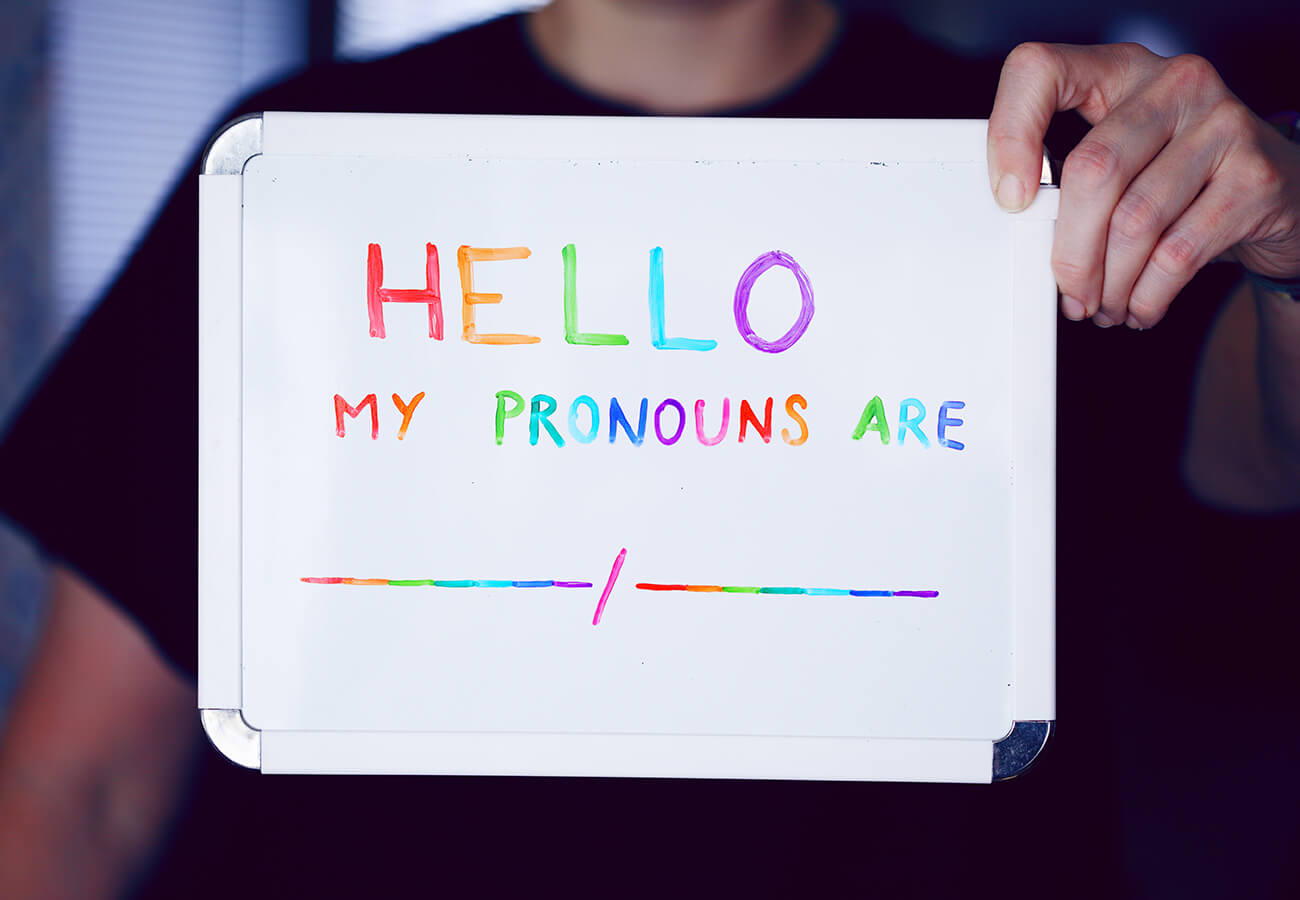 What are your pronouns? If no one’s ever asked you this before, you might be a bit confused. But in recent years, pronouns have moved to the forefront of discussions about gender. And Instagram is now introducing a feature to let you share your pronouns on your profile. What is it, and does it have any connection to Instagram influencers and influencer marketing?

What are pronouns and why are we hearing about them?

Grammatically, pronouns are words that replace nouns. We typically use them to refer to people we’ve already mentioned in a conversation. For example, if you’re talking about your sister Sarah, you might call her “she” instead of constantly repeating her name.

Many languages, including English, have different pronouns for different genders. We refer to a woman as “she” and a man as “he.” This means you have to know the gender of the person you’re referring to in order to know which pronoun to use.

But most of the time, we determine someone’s gender by their outward appearance. For cisgender people (people whose gender expression matches the gender they were assigned at birth), this doesn’t tend to be an issue. I’m a cis woman, and no one has ever misgendered me.

But for people whose identities don’t fit with traditional gender roles and stereotypes, these types of determinations can lead to misgendering. And misgendering someone—for example, using the wrong pronouns—can be hurtful.

According to the LGBTQIA Resource Center at the University of California Davis, “By assuming someone’s pronouns based on how they look, one is implicitly reinforcing harmful stereotypes about gender expression. For example, that masculine-looking people always use he/him/his pronouns.”

One way to fight against these stereotypes and the harm they can cause is to openly share your pronouns and to ask others about theirs when in doubt. If you’re not sure what pronouns someone prefers, you can simply ask them, “What are your pronouns?

To start, the feature isn’t yet available to everyone. So if you try to add your pronouns but can’t find the place to do so, the feature may not have rolled out for your location yet.

You can add up to four pronouns, which you’ll have to choose from a list including she, he, they, ze and more. Instagram won’t let users simply type in whatever they want in an effort to stop people from entering inappropriate words. Users can, however, request pronouns that don’t appear in the app’s list.

Once entered, the pronouns appear on the user’s profile next to their name. If a user decides they want to remove their pronouns, they can do so at any time.

The feature is only live in a few countries, but Instagram says it plans to introduce it to more countries in the future.

Some would say this feature is actually overdue. Many Instagram users had already been including their pronouns in their profile biography. And this wasn’t true only of people who may face being misgendered. Many cisgender people also chose to include their pronouns on their social media profiles even before Instagram announced the feature, in attempt to show solidarity with their non-cis peers.

LGBTQ+ activists argue that when cisgender people share their pronouns, it helps to normalize discussions about gender. This benefits everyone, they say, but especially helps marginalized groups like transgendered youth.

According to the Trevor Project, 41% of trans youth has attempted suicide. Being conscious of pronouns is one small way we can work towards making everyone feel included. And sharing your own pronouns can help advance this change.

In December 2020, Oscar-nominated actor Elliot Page came out as trans, saying that his pronouns are he/they. In an Instagram post, Elliot said he felt joyous to share his identity, but also drew attention to high rates of violence against trans people.

And this past Wednesday, Grammy-winning singer Demi Lovato declared they are non-binary and has changed their pronouns to they/them. Demi announced this via a video on their Twitter and Youtube. She also sat down with Alok Vaid-Menon, an author, actor, and voice in the non-binary community.

Demi said in a tweet, “This has come after a lot of healing & self-reflective work. I’m still learning & coming into myself, & I don’t claim to be an expert or a spokesperson. Sharing this with you now opens another level of vulnerability for me.”

In addition to celebrities addressing the issue of pronouns, there have been some other noticeable changes as well. The White House website now lets you choose your pronouns when using its contact form. You can choose from she/her, he/him, they/them, other, or prefer not to share.

Finally, although many people are already sharing their pronouns on social media, you should only do so when you feel ready. Revealing your pronouns is an individual process and decision. Do what feels right for you when it’s right for you.

What does this mean for influencer marketing?

This new Instagram feature could have various effects on influencer marketing. First, one practical change is that when marketers want to reach out to influencers, they’ll be able to more easily understand what pronouns they prefer. This may lead to more comfortable communications between brands and influencers.

Next, Instagram will now be able to derive data on gender representation on their platform. And with the different pronouns options the feature offers, this data won’t include only male or female. This could lead to new studies about social media use across various gender identities.

Finally, for brands who pledge to be LGBTQ+ allies and work toward gender inclusion, the pronouns feature offers you another chance to make sure that you are including diverse influencers in your marketing campaigns. You can now more easily see that you have representation from a wide range of gender identities, each who can approach your campaign with their unique experience and insight.

Instagram seems to be adding in various new features these days. And while some features are more business-oriented, the pronouns feature will make it easier for people to share their gender expression, and it offers cis people an easy way to be an ally to the LGBTQ+ community. And when brands want to find influencers of diverse identities, pronouns will help them do so more easily.