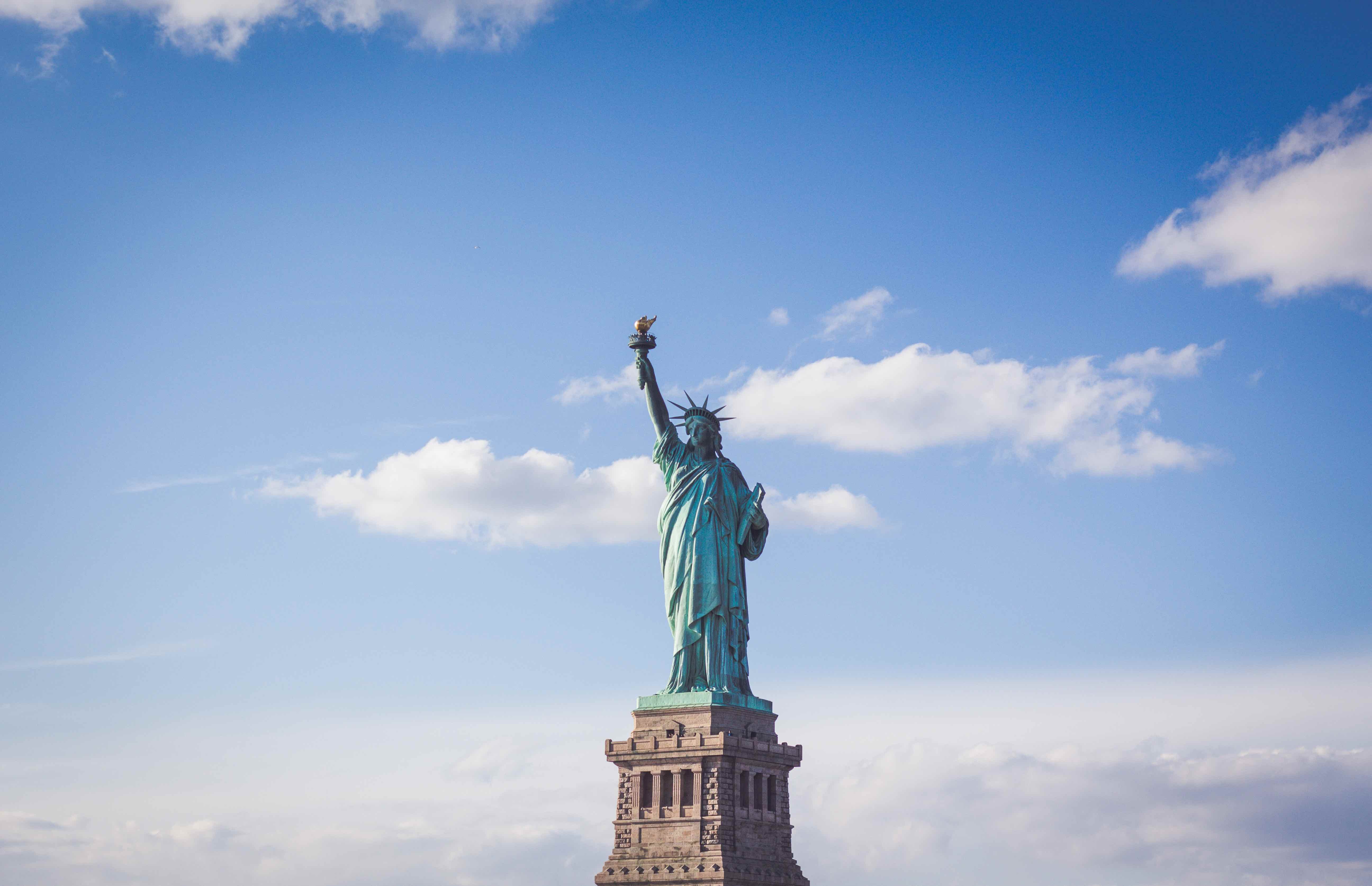 In our recent blog post about social media usage, geographical differences, and the link to influencer marketing, we discovered the top Instagram influencer marketing locations around the world. By this, we mean the places that have the highest numbers of influencers currently based there. If you haven’t read it yet, then I’d encourage you to check it out.

We discovered both countries and cities ranking highest on the list, comparing key contributing factors such as availability and affordability in these places. There’s a lot to digest, with interesting findings from each location. So here at Heepsy, we decided to gather some data on the state of influencer marketing in the USA specifically. Keep reading to discover the top categories, average engagement rates, and more.

When we think about influencers, something or someone different comes to mind for every individual. It’s pretty obvious why that is, really. We all have totally different likes and interests, or maybe some that are the same as our friends. But generally, there is a whole variety of content on the internet that can be divided into categories, to suit the interests of social media users like you or I.

No matter what your interests are, there’s definitely a community online for you. However, there’s some categories that are more popular than others. Of course, the popularity of each category will vary too, depending on location, age, gender, etc.

According to Heepsy, these are the top ten Instagram categories in the US in 2021:

What we can understand is that social media influence originated from celebrities. The stars that we see on television, in the movies, and on the radio are those that have had a fanbase since before social media was around. When platforms like Instagram appeared, these famous names were the first to gain a following.

Whereas, for many influencers whose names were not known previously, it has taken a much longer time to gain a loyal following. For categories like food and fitness, although these aren’t new interests, there was definitely less screen time dedicated to them before social media.

Therefore, it is easy to see why music and media are listed as the top categories, with many famous singers and media stars making the cut. Why not take a look at Heepsy’s ranking for top music influencers on Instagram in 2021.

We know that influencers are divided into categories, depending on their size of following. Micro influencers have been all the talk within the industry this year, but does the data back up their popularity?

Well, across different locations you will find that some influencer groups are more prominent than others. When looking at the US specifically, micro influencers are the biggest group, with over 793,000 throughout the country.

Next up is the medium influencer group, with over 685,000 influencers throughout the US. Then followed by 51,700 macro influencers, and more than 5000 mega influencers.

Micro influencers are well known for boasting some of the best profile metrics across the industry. There are so many benefits of working with micro influencers, and we have seen a total rise in these collaborations, whilst a decrease in celebrity endorsement campaigns.

One of the greatest perks of working with micro influencers is the opportunity to access niche communities. When you think about the mega influencers with millions of followers, their audience encounters people with a whole variety of interests.

For some brands, maybe reach is the most important thing. But typically, it can be far more beneficial for brands to consider targeting an audience that is directly within a specific category. Micro influencers tend to have an expertise in a particular field, with followers that align with this category.

One of the biggest reasons to consider working with micro influencers is due to their low cost. Businesses are seeing amazing results on their ROI, due to the success that micro influencers can bring at such a low fee. Generally, you can close a deal with these influencers for a product alone, or a minimal fee.

If none of the other reasons has been enough to swing you in the direction of micro influencers, then their engagement rates definitely will. This group has the best engagement rates in the industry, with a loyal group of followers that are highly interested in their content.

So, let’s compare their engagement rates with that of other influencer groups.

Heepsy has gathered some data to compare the average engagement rates for each influencer group in the US. We can see the top three below:

Interestingly, the order does not go as we would possibly have expected. Mega influencers and Macro influencers are scoring higher than Medium influencers that are closer in size to Micro’s.

However, maybe this is only the case in the US? Stay tuned for our future country profile studies to find out the answer!

The reason that micro influencers have such high engagement rates is because their account is at a more personal level. With fewer followers to manage, it allows these influencers to connect better with their audience, to truly understand what they are interested in.

Additionally, authenticity becomes more prominent in this group. With big pay cheques being handed out, it’s easy to understand why people believe that bigger influencers will promote anything, whether they like the product or not. Whereas, micro influencers have a genuine interest in their area of expertise. And, with lower incentives from brands, these influencers are more likely to be promoting products that they genuinely care about.

With a population of nearly 40 million, it’s no surprise that California is the state carrying the highest number of influencers. According to Heepsy, 207,290 Instagram personalities and creators are based in California, most populated in LA, the country’s centre of the film and television industry. California is not only known as the hub of media, but also for its beautiful scenery, golden beaches, unforgettable national parks, and of course – the sunshine!

Everybody knows that LA is the celebrity-spotting paradise, of course closely followed by New York, with over 100,000 influencers there. The New York lifestyle is one that we regularly see all over the internet, but both of these cities come with a price tag.

What’s interesting to see, is that Texas is quickly moving up this list. Just in very recent times, there has been a huge buzz for celebrities and influencers in Texas. But, why? Well, slowly people are becoming less interested in following the crowd, and more aware of what you can get for your money. In 2021, Texas is home to over 50,000 influencers, sitting in fourth place in the US rankings.

Most notably, the state’s capital of Austin is becoming a hub for these creators and social media stars. The city has everything that an LA influencer could need, from bars, restaurants, and nightclubs, to hiking trails and magnificent nature just a short drive outside of the city-centre. And, all of this comes with half the price, yet double the space of an LA home. With big names like Elon Musk, and influencers such as Jhanneu Roberts relocating to Texas, many other like-minded people are following suit and falling in love with what Texas has to offer.

For example, we can take a look at fitness influencer Sam Taylor. Sam grew up in Michigan, of course not necessarily an influencer hotspot to begin with. However, during her time at college, Sam began her Instagram account, steadily growing her follower base over these years.

Making the move to Austin, she discovered that the type of content that she posts can be created anywhere. By helping people with fitness plans and workout routines, selling her own at-home or in-gym plans, her location doesn’t really matter. Her content appeals to an audience across the country, and even across the world, that are interested in fitness. So, what’s the difference between an LA gym and an Austin gym, really?

If you’re wondering what the rest of the top 10 states by influencer count is, then here it is:

If you spend a lot of time on social media checking out the latest styles and upcoming fashion trends, then Like To Know It will probably ring a bell. This business runs as an online shopping service, whereby consumers can purchase clothing and accessories that they have seen on their favourite influencers. Originally web-based, Like To Know It now operates through an app too, providing users with the opportunity to shop right at their fingertips.

It’s clear to see why this is the most mentioned brand in the US. It works by allowing influencers to tag the products that they are wearing, through Like To Know It, for Instagram users to then tap the white heart, following through to the LTKI web page. Here, you will be directed to the URL of the product’s original page to be able to make your purchase.

If you’re reading this from the States, then you may be familiar with the brand Fashion Nova. Although a worldwide online fast-fashion business, their primary audience is within the US, with their only five stores located in Southern California. This apparel and lifestyle brand comes in at second place of most mentioned brands in the US.

Fashion Nova is particularly well known for their social media marketing, through both the use of influencers, as well as interacting with consumers through their own active online efforts. Unlike its competitors, Fashion Nova managed to stay ahead of the game with social media. The brand did not try to create a ‘social media aesthetic’, but instead made sure to directly address the needs of their audience, post new styles and affordable products on a regular basis.

Although working with some of the biggest names in the industry such as the Kardashians, Fashion Nova is a big supporter of micro influencers. The brand works with influencers from all tiers, but primarily focuses on micro and medium influencers. Gaining a lot of attention through this strategy, to becoming one of the top Google searches, the brand now heavily relies on user generated content, with customers using the #NovaBabes hashtag to share their outfits.

There’s definitely a lot to take away from this data study, and hopefully something that is useful to you or your brand. What we know is that influencer marketing varies significantly between different locations, yet there are some key similarities that remain.

Influencer marketing is constantly on the rise, and brands are quickly adapting their marketing strategies accordingly. It’s evident that micro influencers seem to be the way forward, but will this continue?

Brands need to pay attention to the most important elements like engagement rates and audience demographics when selecting influencers for their campaigns. So, it’s important to understand how these differ by place.

Want to learn about the state of Instagram influencers in another country? Check out our study about Influencers in Spain!