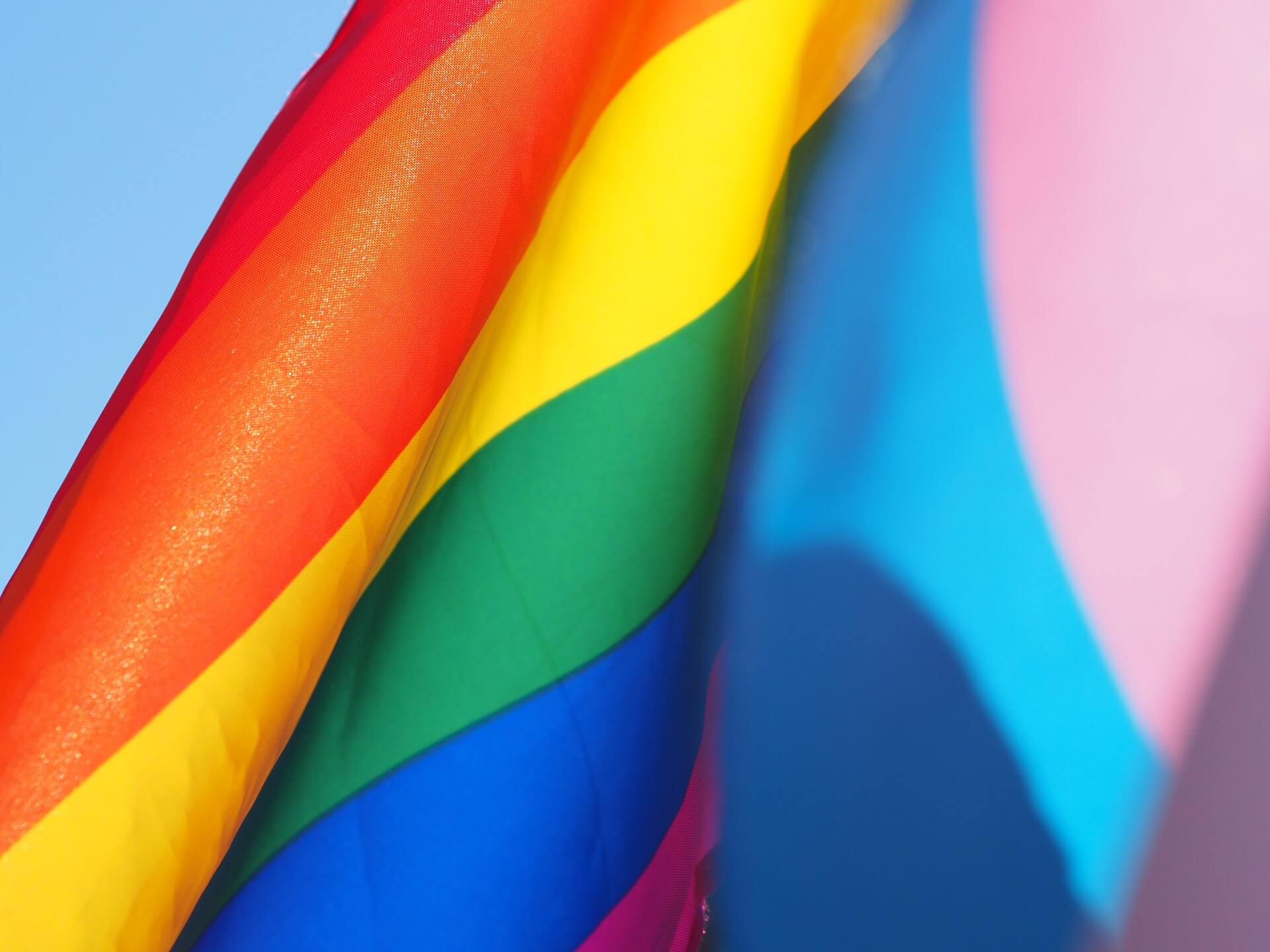 It’s Pride Month! But before you bust out Photoshop to rainbowize your brand’s logo, stop and think. What’s the story behind Pride? How can your brand support the LGBTQ+ community without engaging in pure rainbow capitalism? How can Instagram influencers help you out?

Flying a rainbow flag isn’t enough anymore. Brands need to really dig into what it means to support LGBTQ+ equality, and that might take some work.

What does LGBTQ+ stand for?

You might also see LGBT, LGBTQIA, or some other variation. The acronym you see depends on the source you’re looking at. Some people also add a + to the end to show inclusion of other related identities.

In this Pride month article, we’re going to use LGBTQ+.

What is Pride Month?

Pride, sometimes known as Gay Pride or LGBTQ+ Pride, is a celebration of the LGBTQ+ identity. It promotes the validity and dignity of LGBTQ+ individuals. Pride is a time to celebrate the equality of all, regardless of their gender or orientation.

The celebration also gives visibility to the LGBTQ+ community and its struggles. LGBTQ+ people still face challenges and social barriers in many places around the world. In the United States alone, for example, 30% of LGBTQ+ youth say they’ve been threatened or physically harmed due to their identity.

That same research from The Trevor Project states that more than half of LGBTQ+ youth said support from brands made a positive impact on how they feel about their own identity. This, along with respecting their pronouns, and affirming their identity are ways we can support the LGBTQ+ community throughout the year.

When is Pride Month, and why?

In many countries, including the US, Pride takes place in June. Why? History.

On Christopher Street in New York City’s Greenwich Village neighborhood, you’ll find a tavern called The Stonewall Inn. The Inn became a popular gay bar in the 1960s, and one of the few where LGBTQ+ people could dance. It also became a regular spot for police raids.

From June 28 to July 3 in 1969, patrons of the Inn and other members of the LGBTQ+ community fought back against these police raids. The uprising ignited the gay rights movement in the United States. Much later in 2020, The Stonewall Inn was the first LGBTQ+ place to be named a National Historic Landmark.

The year after the Stonewall riots, Brenda Howard, an LGBTQ+ activist, organized Gay Pride Week and the Christopher Street Liberation Day Parade. This event eventually transformed into the New York City Pride March, and later, Pride Month. Brenda went on to be named “the Mother of Pride.”

The rainbow flag and other symbols of Pride

One of the most recognized symbols of Pride is the rainbow flag. Artist Gilbert Baker designed the flag in 1978. He created a flag because he believed flags were one of the most powerful symbols of pride in general. For the Pride flag, Gilbert chose a rainbow, with each of the colors representing a different value.

The rainbow flag has evolved throughout the years, and you might see various versions. Some maintain Gilbert’s original design, and others omit the pink and turquoise stripes. Some work in stripes from the trans, non-binary, and other LGBTQ+ flags.

Two other symbols for Pride are the pink triangle and the labrys.

The pink triangle was originally used in Nazi concentration camps to show that prisoners were gay or bisexual men or trans women. To show pride in their identity and protest homophobia, LGBTQ+ activists reclaimed the symbol in the 1970s.

The labrys is a double-edged ax associated with powerful women in Greek and Roman mythology, namely Artemis and the Amazons. The lesbian community adopted the labrys as a symbol of strength. On the lesbian flag, the labrys appears on a black triangle, another symbol used by the Nazis to condemn an identity that didn’t line up with their world order.

A look at Instagram reveals the following hashtag usage:

The point? There’s clearly a conversation going on on Instagram. The network has become the place for brands to launch their Pride campaigns. But it’s also become a hotspot for LGBTQ+ influencers and educators to voice their opinions and organize events.

Rainbow capitalism, or pink capitalism, incorporates LGBTQ+ culture into the capitalist economy. For example, many businesses launch rainbow-themed campaigns during Pride month. With the rise of social media, this has become even more prevalent.

There are two big-picture reactions to the idea of rainbow capitalism:

Critics argue that companies definitely shouldn’t launch Pride campaigns when they ignore LGBTQ+ people during the rest of the year. From this point of view, companies must step up all year long, especially when it comes to promoting diversity and protecting LGBTQ+ rights inside their own organizations.

We’ve already seen brands get called out for their superficial handling of other issues. It’s easier than ever for social media users to clap back at brands that run purely performative campaigns. And 4 out of 5 consumers believe social media has increased accountability for brands.

So in 2021, it’s important that brands avoid pinkwashing during Pride unless they’re prepared to back up their claims of LGBTQ+ support.

Celebrating Pride Month on Instagram: brands that got it right this year

Considering the above, let’s take a look at some brands that got it right this year. These brands launched creative campaigns that go beyond pinkwashed products.

That’s how Chipotle announced its 2021 Pride Month campaign. The burrito chain has teamed up with 3 drag queens and influencers: Trixie Mattell, Kim Chi, and Gottmik.

Each queen has created her own special Chipotle order. The brand will donate $1 from every order to the charity of the queen’s choice. And the queen with the most orders by June 16th will win an extra $10,000 for their charity.

Chipotle Mexican Grill, Inc. ranks 100 on the CEI. Their collaboration with gay and trans influencers begets the opportunity for LGBTQ+ input on the campaign. Moreover, the campaign avoids the stereotypical rainbow theme and digs into a certain subculture of the LGBTQ+ community: drag.

Skittles is famous for encouraging consumers to taste the rainbow. In 2020, the brand stripped the usual rainbow colors from its packaging and candies, and it replaced them with grey. “Only one rainbow matters during Pride,” the package stated, and the brand donated a portion of sales to GLAAD. The campaign went on to get one of the highest engagement rates of all Pride campaigns last year.

This year, the brand will still donate to GLAAD, but will also promote LGBTQ+ creators. Skittles has created QueeR Codes, like QR codes, that direct to skittlesqueercodes.com. The site features content and stories from LGBTQ+ creators about the importance of Pride Month.

The brand has also teamed up with LGBTQ+ activist and educational influencer Blair Imani. Blair announced that the campaign also includes 4 murals created by LGBTQ+ artists around the US.

The Skittles campaign inverts the rainbow splashing we tend to see during Pride Month. Teaming up with Blair was also a smart move. Her account has skyrocketed this year with some 350K new followers, and she’s known among them for not being afraid to speak her mind when something doesn’t sit right. Finally, Mars, Inc., the parent company of Skittles, has a 100 score on the CEI.

Morphe strives for inclusivity year-round. The brand features people of all genders wearing their makeup. One of their mottos is blend the rules, and they encourage their fans to break down stereotypes.

For Pride this year, Morphe has partnered with choreographer and singer Todrick Hall. The Live with Love collection consists of brushes, a hand mirror, and a palette of rainbow shades. And 100% of the net proceeds of the collection will go to The Trevor Project.

The brand has also announced that the donation will value at least $200,000. Morphe stands out with this, as many other brands who pledge donations set a maximum, not a minimum. Moreover, their choice of Todrick, an LGBTQ+ person of color, brings an insider’s perspective to the brand’s Pride Month campaign.

These campaigns all have one thing in common: they include LGBTQ+ influencers. For campaigns like these, influencers can act not only as content creators, but as cultural consultants.

When designing a campaign that targets a certain social group, involve people who belong to that group in the decision-making process. Your employees and influencers can examine your campaign and tell you if it hits or misses the mark from their perspective and based on their lived experience.

If you have a Heepsy account, you can find influencers who identify as LGBTQ+ by using the keyword search. Brainstorm a list of keywords, and then search each individually to get the most results.

And if you don’t have a Heepsy subscription, you could try following some of the hashtags mentioned above. See which content creators are using them and you could find the perfect influencer to collaborate with.

Pride Month campaigns might seem complicated to some brands, but they don’t have to be. Understand the history and symbolism of Pride, and recruit LGBTQ+ influencers who can act as consultants and collaborators to your brand. If you’re going to sell Pride merch, put your money where your mouth is and donate profits to an LGBTQ+ charity. And finally, if you’re willing to launch a Pride campaign, execute actionable strategies to back up that claim throughout the rest of the year.