New Social Media Platforms To Check Out This Year 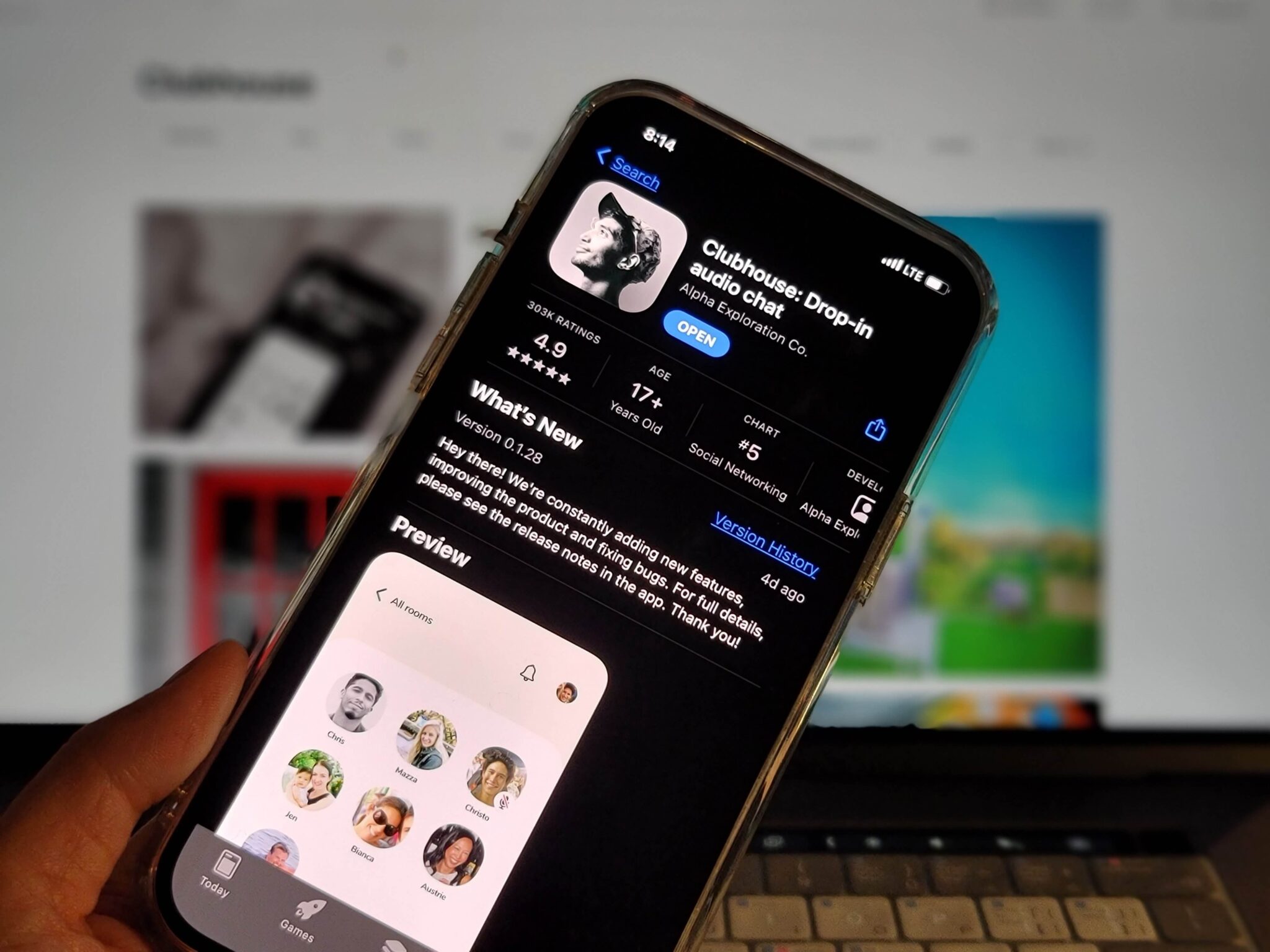 Have you been thinking about investigating some new social media platforms this year? We’ve all got so used to the main platforms in the industry that sometimes we forget to experiment with different ones. Maybe you don’t even know what’s available? Well, let’s find out.

When we think of the original players in the social media market, Facebook is where our minds jump. It’s no surprise considering the hold that they have in the market. Facebook currently has a 74.81% market share, far ahead of its competitors, and boasted a near $86 billion revenue for 2020.

Facebook has been around since 2004, founded by Mark Zuckerberg. But, this is all information that you probably knew. But, when looking at our list of top 10 social media platforms in 2021, did you know that Facebook actually owns Instagram and WhatsApp too? However, all three of these platforms are pretty different in terms of content and what you will find.

For a while, the platforms at the top of the list have been pretty much the same. But, after these, there are many more platforms about that are growing quickly. You never know when these new platforms will make it big, and TikTok is a great example of this.

So, let’s take a look at the top ten social media platforms so far in 2021. But, don’t forget that this can change at any time! Most of these platforms are constantly growing and experimenting with new features.

Keep in mind that just because a platform is rated as “top” doesn’t mean it’s always the best fit for your brand. It all depends on your goals and target audience. For example, which social network is best for video content: TikTok, YouTube, Insta, etc? Well, it depends on who you’re trying to reach, what industry you’re working in, and what type of video you want to make.

And in fact, a smaller, less-known network might be exactly what you need for your campaign. So let’s discover some different social media platforms, the ones that aren’t currently the most popular.

Social media platforms to look out for this year

When it comes to influencer marketing, it’s not always the best idea to follow the crowd. It’s true to say that Instagram is the most popular platform for influencer marketing campaigns and where most brands jump to first. And, this may be the best platform for your brand too! But, remember to first identify your target audience and to understand which platform they are most active on in order to decide the platform you choose to work with influencers on.

Let’s have a look at some newer or upcoming platforms.

Although it didn’t make it into the top 10 rankings, Triller isn’t such a small platform anymore. Founded in 2015, Triller has seen most of its growth within the last year. Triller labels itself as an alternative video-sharing app, yet is seen as a direct competitor to TikTok. With 65 million monthly active users, there are plenty of influencers taking to the app too. The platform took on some of TikTok’s most popular influencers to promote the app, attracting a huge number of new users.

Triller users can create and share short-video content with the use of music, filters and various editing options. People take part in popular challenges and trends on the platform, with creativity encouraged in all aspects. The biggest difference between Triller and TikTok is the ability to post full-length videos on Triller, to a whole song for example. TikTok only allowed short videos, but has now expanded this to 60 seconds instead of only 15.

Triller started to see exponential growth last year when there were debates over the potential ban of TikTok in the US. In India, it has already been banned, and the talks of the US ban left many users scrambling to find another platform to create similar content on. However, people didn’t forget about Triller when it was announced that TikTok could stay. Instead, it just reinforced the fact that social media isn’t the most stable industry, and your favourite platforms can change or entirely go at any time.

Vimeo is another video-sharing platform. However, this one’s similarities are with YouTube. Vimeo hosts longer-form video content, where users can create and share what they have produced. Vimeo isn’t a particularly ‘new’ platform, in fact, it’s been around as long as 2004. There are 1.6 million monthly active users here, and many influencers making use of its features. It has gained popularity recently as the influencer market is growing rapidly and people are searching for new ways to promote their video content. Of course, YouTube is the reigning champion video platform, but with the immense amount and variety of content, it’s easy to have your content lost in such a big pool.

Vimeo is described as being more artistic, being regarded as a more professional network for creators to be appreciated for their work. The comments are typically filled with useful discussions and interactions from an audience of fans and interested users. It’s much less common for a videos comment area to be filled with spam. With Vimeo, there is a high level of customization with your videos and a ‘Video School’ within the platform, where you can discover tutorials and lessons about how to create and edit your videos.

Additionally, the platform is adopting new methods to encourage influencers to use it for their video content. Vimeo offers a ‘tip jar’ feature, where creators are able to accept cash payments in the form of ‘tips’ from their viewers. The platform has a very strong sense of community and expects to see more growth over the coming years, particularly with both the top and upcoming creators.

As a gamer or a gaming brand, you’ll know of the most popular platform at present – Twitch. But, have you looked at any of the other gaming platforms available? Well, that’s exactly what Caffeine is. A social media network for gamers to live stream and form communities together. You can use caffeine.tv on desktop, or download the app on IOS and Android devices.

Currently, Caffeine supports over 560 games and is constantly adding to this list. The platform has seen severable notable investors, such as the most recent $113 million investment from the group of Cox Enterprises, Fox Corporations, and Sanabil Investments. The main downside to Caffeine was its lack of opportunity for top gamers to earn.

However, with these recent investments, they have had the opportunity to work on ways for creators to benefit from their work. You can now find the Caffeine Partnership Programme, where streamers can earn credits (that can be redeemed as cash) from viewers who purchase 3D items to use in streams.If you’re looking to find new gamers to follow, then take a look at our article on the 10 gaming influencers winning on social media. Caffeine is also aiming to expand into other areas beyond gaming, to give them an advantage over other gaming platforms. They currently host entertainment such as rap battles, of which Drake has signed a partnership to take part in.

Clubhouse is fresh to the scene, only being released this year. Although it’s still pretty new, it’s been all the talk recently. With so much competition in the social media industry, it’s difficult for new platforms to find a unique selling point. There are two main things that make Clubhouse unique amongst its social media competitors. Firstly, it is an audio-only platform. Secondly, it’s invite-only.

With more than 50% of US homes being big fans of podcasts, we can see that there has definitely been an opportunity here for an audio-based social media platform. Clubhouse is essentially like a platform full of podcasts, except they are live. Users can join virtual rooms where there will be a speaker or a group of speakers. You can switch between rooms and create a new room as a speaker yourself. These speakers will be hosting conversations in the form of a discussion, a debate, an interview, or various other types of educational and informative content.

With around 2 million weekly active users, the content type and exclusivity feel to the platform has definitely made it boom. It was difficult at first to understand how Clubhouse would support creators and influencers, but there is now a little more insight. They plan to offer creator tipping so as to enable influencers to benefit from their work on the platform.

When it comes to influencer marketing, we know that authenticity is one of the most important factors. Audiences appreciate when their favourite influencers are their genuine selves and hope to trust their honesty. This is the goal behind TapeReal. This social media platform markets itself as an uncut platform, with videos that are completely unedited, without filters, and with no advertisements. Users can record their thoughts, ideas, conversations, and discussions. It’s like an online journal.

TapeReals is sort of a mix between podcasting and short-video content that you would find on TikTok. The videos are called Reals and they can be categorized as journeys. You can browse through different content to find a video that you like, in areas such as startup journeys, university journeys, cooking journeys, pregnancy journeys, and more.

TapeReals has a free plan, but it has limited recording availability. The real downside is that to gain full access to the platform, you’ll need to purchase a plan. They start at $1.99/month up to $19.99/month. Competing against some huge players in the market with free apps, it can be difficult to encourage people to choose TapeReals. But, their real selling point of authentic and unedited videos seems to be encouraging users the most.

If you’re on Twitter, then you may already know of Twitter Spaces. However, it was only released in December 2020, and many are unfamiliar with it. It’s very similar to Clubhouse, being an audio based social space to connect with people. The biggest selling point here is that you don’t need an invite to use it.

Twitter Spaces can be used by anyone with a Twitter account, and if you don’t have one, then it’s easy to set up. In a Space, there can be up to 11 speakers and anyone can request to be a speaker. The host also has the ability to remove anyone from the Space that is violating guidelines or causing problems. The aim of this platform is to build a community by connecting people through their voices.

After the stream is over, the host is able to download it, but it will become unavailable to everyone else immediately after. One of the best things about Twitter Spaces is that hosts can make their Twitter followers aware of their current or upcoming Spaces through a regular tweet. This is a great way for Twitter influencers to engage their current followers in their Space. Also, Twitter aims to support influencers on Spaces by allowing hosts to set ticket prices and earn the majority of the profits from the ticketing. However, only select users will be able to use this feature.

Try not to become too comfortable with the social media platforms that you are using. Whether this be for your individual use or for your brands’ marketing campaigns, it’s important to take a look at new social media platforms every now and again. You never know, you might find a new hobby or interest, or even find influencers somewhere different.